Last Week: Nailed it!  Friday was a light NNW thermal, Saturday I’m not sure how LSP was, but Sunday was good at LSP.

Friday:   SW wind all afternoon until around 5 for Holland to LSP.  Around 15 knots and more at LSP.  This evening a North wind is going to push through.

Saturday:  A light NNE to N and then NNW wind is going to blow all day.  It should be rideable along the lakeshore south of Manistee to LSP.  Federal Park, Nordhouse Dunes, Big Sable Point, Cedar Point Park, and Little Sable Point would be the spots to go with winds at 10 to 15 knots. 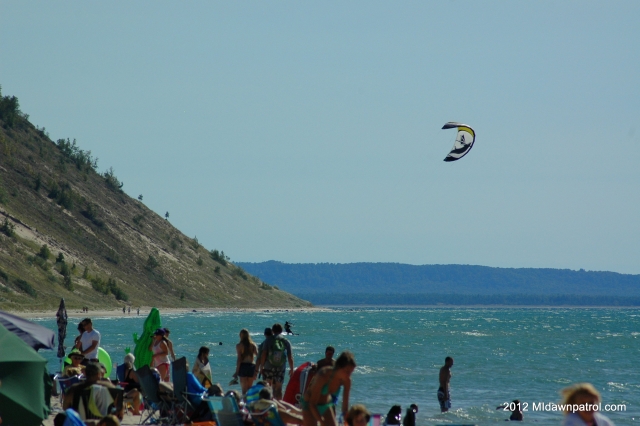 Sunday:  A light SW wind will blow in the afternoon to 15 knots up around Pt Betsie.

Labor Day:  A NW wind is going to blow to 20 knots from Holland to Pt Betsie.  All locations should be good all morning to mid afternoon and then the wind is going to shift more North.  Then it will become slight offshore and gusty from the south side of LSP to Port Sheldon.

I think Saturday and Sunday could improve or downgrade, but as of now that’s what I think the best chances are.  However, Monday should be a lock!